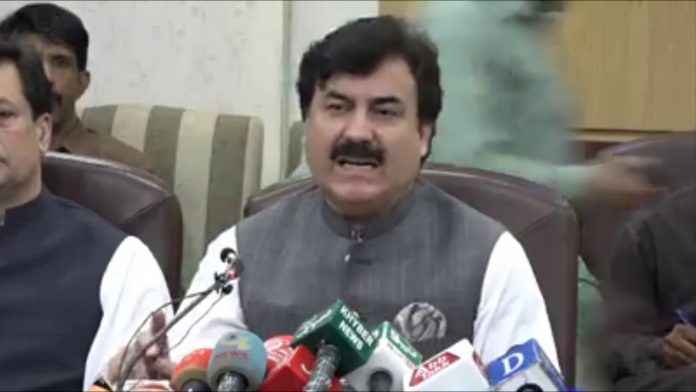 PESHAWAR: Peshawar’s BRT may suffer even more delays, as the province’s information minister, Shaukat Yousafzai, refused to give a definite date of completion for the project.
Next fiscal year, said Yousafzai at a press conference. But when asked to specify which month, or even which season, he just laughed and said next fiscal year. “The year’s almost over,” he laughed.
The deadline was initially March, but it was then pushed to December. At the speed the project is going, there seems like a long way to go before any significant progress is made.
Sources say the Peshawar Development Authority still hasn’t paid the contractors working on the project, compounding the delays. Reports are also coming in of funds not being given for the project.
Yousafzai’s refusal to give a definite date indicates that he’s trying to save his government from being asked questions about missed deadlines.