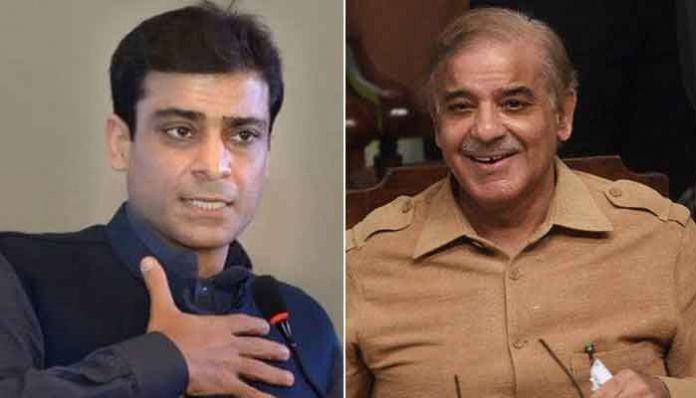 LAHORE: Leader of the Opposition Shehbaz Sharif and his son Hamza Shehbaz appeared before the accountability court on Friday, hearing the Ramzan Sugar Mills case.
Accountability judge Naeem Arshad Malik will hear the case. Strict security measures have been put in place around the court premises.
A huge number of Pakistan Muslim League-Nawaz members reached the area.
Both Shehbaz and son Hamza have been earlier indicted in the Ramzan Sugar Mills corruption reference. The father and son duo pleaded not guilty to the charges.
The National Accountability Bureau in February had filed a reference against the two alleging that the former chief minister of Punjab misused his authority by using public funds for the construction of a bridge to facilitate the Ramzan mills, owned by his sons.