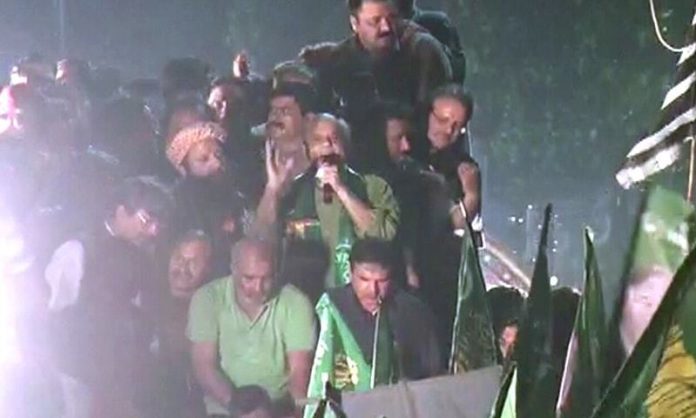 LAHORE: Punjab police on Friday named PML-N and PPP leaders, including Shehbaz Sharif and Qamar Zaman Kaira, in first investigation reports regarding Thursday’s rally — one of the many held to observe ‘black day’ on the first anniversary of the 2018 general elections — at Lahore’s Mall Road.
Two separate FIRs have been registered against 58 named PPP and PML-N members, and 2,000 unidentified miscreants.
The cases registered against the opposition are based on ten different acts pertaining to disruption of public order, including the violation of the sound system act, Section 144, causing harm to public property, and using panaflex banners in public spaces.
The cases have been registered with the police as the complainant; one FIR has been registered in Civil Lines while the other has been registered in Gujjar Singh.