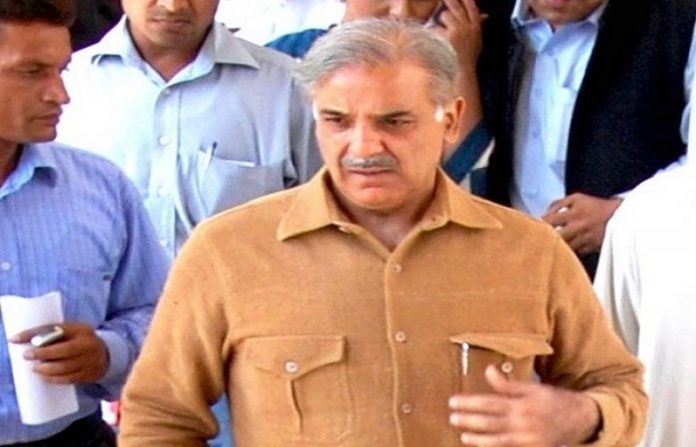 LAHORE: Pakistan Muslim League-Nawaz (PML-N) president and Opposition Leader in National Assembly (NA) Shehbaz Sharif on Monday has appeared before National Accountability Bureau (NAB) in assets and money laundering cases.
According to details, a joint investigation team of the anti-corruption watchdog is interrogating the PML-N leader.
Previously, Shehbaz Sharif had skipped NAB hearing due to coronavirus fear.
On February 18, accountability court Judge Syed Najmul Hassan had indicted ten suspects including Shehbaz Sharif in the Ashiana-e-Iqbal Housing scam case.
All the accused rejected the charges. The PML-N president had sworn to the Almighty that the case against him was false and affirmed to bring facts in front of the nation.
Fawad Hassan Fawad, in his statement before the accountability watchdog, had claimed that he had awarded a contract to a “favourite firm” in the Ashiana Housing project at the behest of Shehbaz Sharif.
On October 5, 2018, the NAB had arrested Shehbaz Sharif in the scam and was charged with awarding illegal contracts to his favorite firm.
He was apprehended during his appearance before NAB in Saaf Pani Company scam. Sources told that three files were tabled before him. The bureau quizzed Sharif regarding a tender awarded to a private consultancy company for a survey of the Saaf Pani company.
On February 15, LHC had ordered to release Shehbaz Sharif after approving his bail plea.