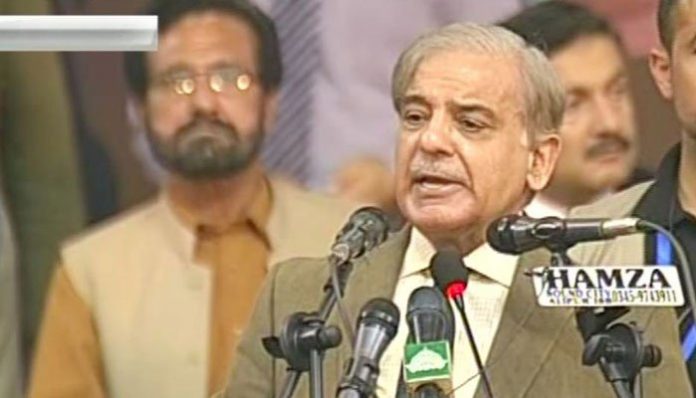 ISLAMABAD: President of Pakistan Muslim League Nawaz (PMLN) Mian Muhammad Shehbaz Sharif will reportedly make his way to Islamabad and participate in the ongoing ‘Azadi March’.
Local media reported that the leader of the opposition in the national assembly is slated to travel from Lahore to Islamabad in the afternoon and will address the crowd from the stage.
Maulana Fazl-ur-Rehman’s convoy of ‘Azadi March’ will reach Islamabad on Thursday (today), which is currently staying at Gujjar Khan.
A venue for the so-called ‘Azadi March’ led by JUI-F chief Maulana Fazl-ur-Rehman, spreading over 100 acres, has been prepared at H-9 sector of Islamabad.