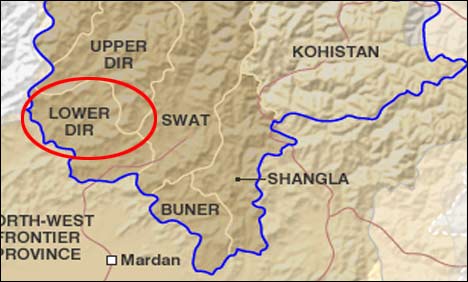 DIR LOWER: At least two police personnel embraced martyrdom and another sustained wounds in a remote control bomb blast here in Suri Pao area of Maidan.
According to media reports, a police van was targeted in the blast martyring a Station House Officer (SHO) and constable on the spot.
Another constable also sustained injuries in the blast, the reports said added that the dead bodies and the injured policeman have been shifted to nearby hospital.
After the incident, security personnel rushed to the site and cordoned off the area.
They also launched investigations.