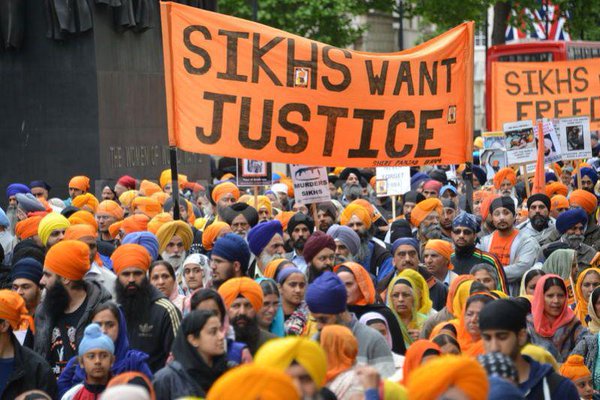 ISLAMABAD: The US-based human rights advocacy group and pro-Khalistan organisation Sikh for Justice (SFJ) has accused the Modi-led Indian government and Indian intelligence agency Research and Analysis Wing (RAW) for planning and sponsoring the attack on the Chinese Consulate in Karachi in a letter written to the Chinese ambassador in Pakistan.
Reportedly, the SFJ has strongly condemned the attack and termed it ‘detrimental’ for regional peace and security.
The letter stated that the Indian government has been involved in certain terrorist activities and it was not relenting.
“India has been constantly trying to sabotage regional peace for over three decades,” it added.
On Saturday, the anti-terrorism court (ATC) ordered the Counter Terrorism Department (CTD) to compile and submit the investigation report on February 8 pertaining to the attack on the Chinese Consulate in Karachi.
Why there had been no efforts to catch the attackers’, the court asked, while ordering the officers strictly to investigate the matter thoroughly and arrest the suspects.
The current report presented before the court mentioned ‘information’ regarding the killing of Aslam Acho, however, further states of having no confirmation or evidence.
Aslam Achoo ‘was’ a senior commander of the banned outfit Balochistan Liberation Army (BLA).
The report further stated that the flag of the BLA was recovered from the killed terrorists.
Earlier on Friday, Karachi Police Chief Dr Amir Ahmed Shaikh, during a media briefing, claimed that the attack on the Chinese consulate was planned in Afghanistan, and executed with the support of the Indian intelligence agency – Research and Analysis Wing (RAW).
On 23 November, 2018, three heavily armed militants stormed the embassy and tried to broke into the Chinese Consulate in the ‘high security zone’ in Clifton, but were killed in an encounter with security officers.
The gun-and-grenade assault also claimed lives of two officers and two visa applicants, and injured a private guard of the foreign mission.
The banned Balochistan Liberation Army (BLA) had claimed credit for the attack.