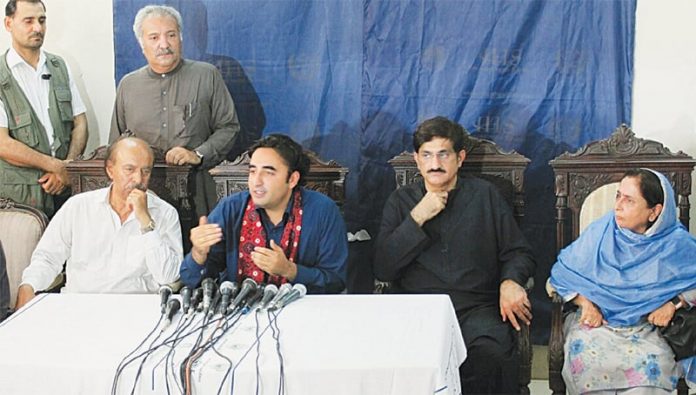 KARACHI: Chairman Pakistan Peoples’ Party Bilawal Bhutto Sunday said the Sindh government will set up an endowment fund for lifetime treatment of those effected by HIV.
In a series of tweets after visiting HIV screening camps in Ratodero, the PPP Chairman said HIV is not a death sentence and urged the people to not fuel stigmatization.
“The conflation of HIV & AIDS is fueling stigmatization of the most vulnerable people in Pakistan. This can not and should not be tolerated. I stand by my fellow Pakistanis who have contracted HIV, be they in Ratodero, Swabi, Sargodha or Turbat.”
From the Sindh HIV and AIDS Control and Prevention Bill 2013 to the free distribution of contraceptives, Sindh has and will continue to pass and enact the most progressive legislation and programs to protect the most vulnerable, he further said.
The provincial government is carrying out aggressive screenings where 22900 people have been tested. Must destigmatise HIV by spreading awareness, he requested.
“We will set up endowment fund for lifetime treatment of those effected. We will not abandon our brothers, sisters and children.”
Meanwhile, Special Assistant to Prime Minister for National Health Dr Zafar Mirza has sought international help to investigate the HIV outbreak in the Sindh city.
Talking to media persons Sunday, Dr Mirza said 681 persons have been confirmed to have been infected with the HIV and we have requested the World Health Organization (WHO) to send a team of experts to help assist the local authorities.
He also requested the people to address the stigmatization issue.