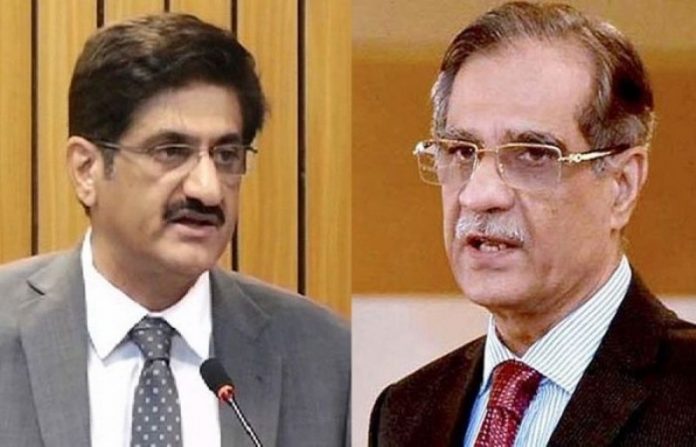 KARACHI: Sindh Chief Minister (CM) Murad Ali Shah on Saturday claimed that Chief Justice of Pakistan (CJP) Justice Saqib Nisar stated that condition of hospitals in Sindh is better than those in Khyber Pakhtunkhwa.
He was talking to media in Karachi after meeting CJP in Supreme Court’s (SC) Karachi Registry in case pertaining to mammoth money-laundering through fake bank accounts.
Sindh CM stated that he was ready for full cooperation in the probe. “Only two days were given to hand over details of contracts and other financial matters”, Shah was quoted as saying.
Earlier, Federal Investigation Agency (FIA) and joint investigation team (JIT)—constituted on the directives of apex court—have informed CJP about the premeditated lack of cooperation from the Sindh govt and other provincial departments in probe related to money-laundering through fake accounts.
However, CJP remarked that he had not summoned Sindh CM but would meet in his chamber. Justice Saqib Nisar vowed to remain in Karachi till the probe into the mega-scam is completed.
FIA is probing 32 people including Pakistan Peoples Party (PPP) co-chairman Asif Ali Zardari and his sister Faryal Talpur in alleged scam of money-laundering of as much as Rs73 bln through fictitious bank accounts.