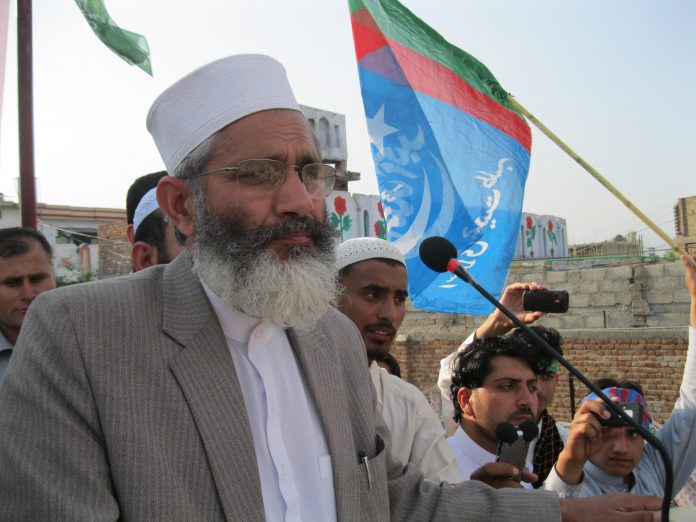 MARDAN: Jamaat-e-Islami Emir Siraj-ul-Haq said on Sunday that he is grateful to Chief Justice of Pakistan Saqib Nisar for taking interest in public issues.
The JI emir was addressing a gathering in Mardan, where he said that the CJP has been soothing the wounds of people.
Siraj said for having a clean Pakistan, a clean leader should be present. He further said that if the political parties give tickets to dishonest people then how will the system remain on the right track.
He said if the general elections also turned out to be like the Senate elections then it will be a futile exercise.
The CJP has been taking suo moto notices of series of social and governance issues, ranging from rape and murder cases to alleged corruption, and misgovernance in public sectors.
Once responding to the statements of judiciary taking the functions of the executive away from it, CJP Mian Saqib Nisar had remarked that he doesn’t plan on interfering in the work of executive but is compelled to do so.