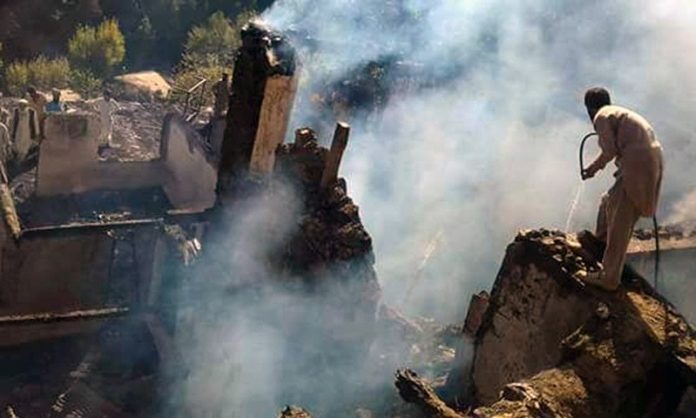 MINGORA: At least six siblings were burnt to death as fire gutted their house in Upper Dir, Khyber Pakhtunkhwa, police officials said on Sunday.
Police officials, citing initial investigations, said that the fire erupted due to electric short-circuit.
As a result, five sisters and a brother were burnt to death while they were asleep, officials of Sheringal police station said.
Hamish Gul, the father of the deceased and a resident of Dogdara, told police that his two other family members sustained burn injuries.
The house was completely charred in the fire incident, officials said.