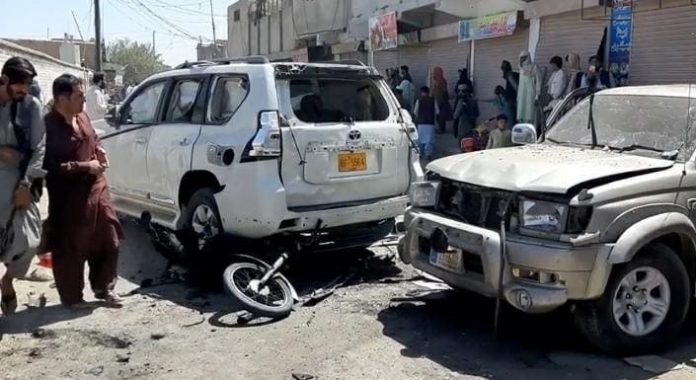 Six people were killed and 14 injured in an explosion near Chaman’s Eidgah Qadeemi Mosque Friday afternoon.

According to the police, JUI-Nazaryati leader Maulana Abdul Qadir Luni was injured in the blast. He was leading a rally taken out by the Jamiat Ulema-e-Islam in solidarity with Palestine.

The injured people and bodies have been moved to the hospital. The deputy police officer of Chaman said that the explosives were installed on a motorbike.

The bomb disposal squad and FC personnel have reached the site and have cordoned it off. A search operation is under way.

Balochistan spokesperson Liaquat Shahwani condemned the attack and offered condolences to the families of the bereaved.