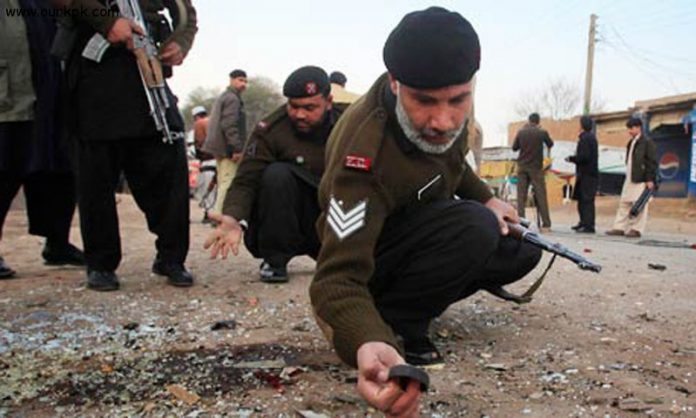 WANA: At least six people were killed and two others injured when two rival groups clashed and started indiscriminate firing over a land dispute in Azam Warsak area of Wana tehsil of South Waziristan tribal district on Friday.
Local sources said there was an old land dispute between two groups in Azam Warsak area which intensified on Friday. Members of the two rival groups exchanged fire in which six people were killed and two others sustained injuries.
Personnel of Frontier Corps (FC) immediately reached the area to control the situation. A large number of policemen were also deployed in the area to keep an eye on the situation.
The sources said there is an old land dispute between the two groups. Land disputes have claimed several lives in South Waziristan recently.
Local administration said the incident took place after a dispute on piece of land between Zalikhel tribe people got worsened and two groups resorted to firing on each other.