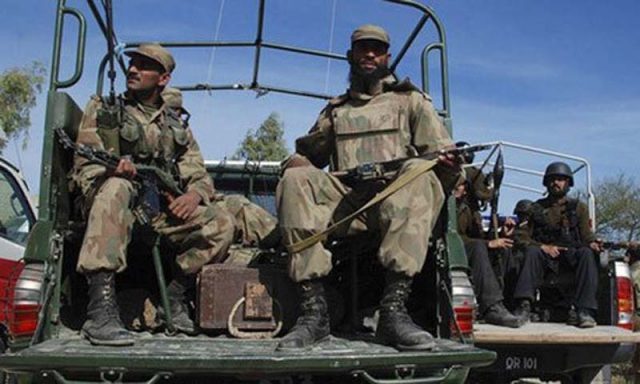 MIRANSHAH: Six Frontier Corps (FC) soldiers sustained serious injuries when their vehicle fell into a ravine in Norak area of North Waziristan tribal district on Monday.
Official sources said the vehicle of Tochi Scouts was travelling from Miranshah to Bannu. When the vehicle reached Norak, the driver lost control over it and it fell into a ravine. Six FC personnel travelling in the vehicle sustained serious injuries in the incident.
The Injured FC personnel were shifted to a hospital in Miranshah. Sources said the condition of two FC personnel was critical. The injured soldiers were identified as Naib Subedars Sabir, Ubaid, Havaldar Owais, Naik, Ilyas, Lance Naik Dil Jan and sepoy Sabiqullah. The condition of Naik Ilyas and Havaldar Owais was stated to be critical.