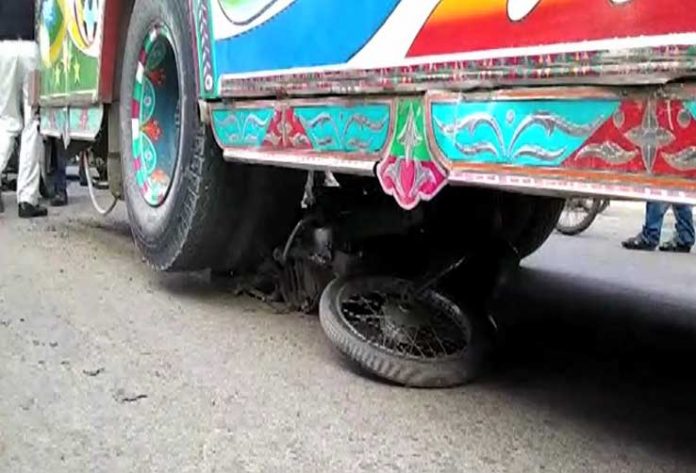 KARACHI: A six-year-old school going girl was crushed to death and father injured on Friday morning when a over speeding bus crashed into a motorcycle near Radio Pakistan building on M.A Jinnah road here.
The incident infuriated the bystanders who later torched two buses in apparent reaction claiming that the buses, of the same route, were racing and travelling towards Numaish Chowrangi.
Soon after the incident, fire brigade vehicles reached the site to extinguish the vehicle fire but faced resistance from enraged crowd.
Later police intervened and helped firefighters to put the blaze out.
As many as 11 people were arrested in connection with setting the buses on fire.
Driver of the buses managed to flee from the site of incident.
The deceased body and injured father were shifted to a nearby hospital for medico-legal tests and treatments respectively.