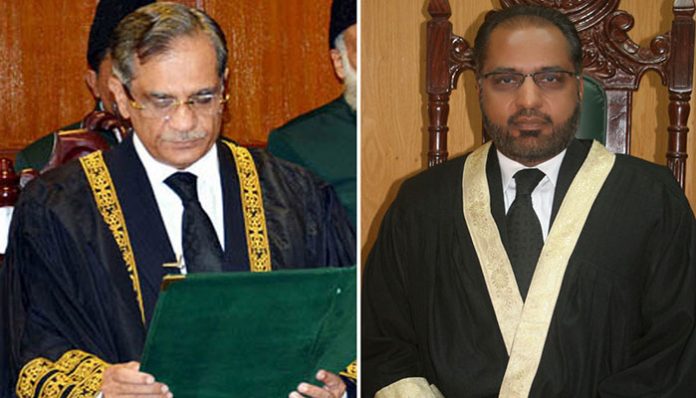 ISLAMABAD: The Supreme Judicial Council (SJC) declared on Saturday their decision to hold an open trial for Justice Shaukat Aziz Siddiqui.
Amid the trial headed by Chief Justice of Pakistan Mian Saqib Nisar, a significant judgment was concurred of carrying out an open trial for Islamabad High Court’s Justice Shaukat Aziz Siddiqui who had plead for an open court regarding his trial.
The SJC which hears allegations of misdemeanors in opposition to senior court judges has instructed the attorney general to present witnesses on July 30th after which the hearings are to commence on a daily basis.
This will mark the first time the SJC will conduct an open court hearing against a judge.