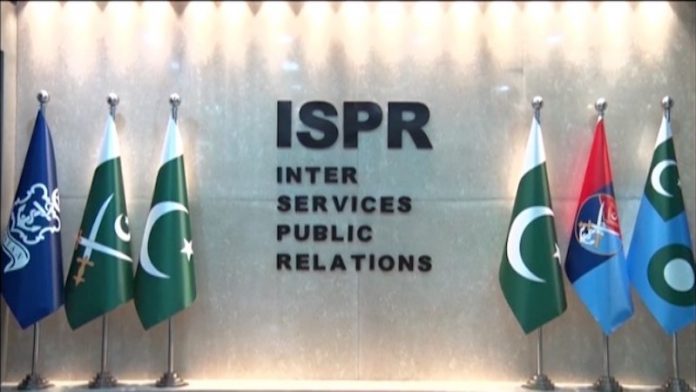 PESHAWAR— A soldier of Pakistan Army on Saturday embraced martyrdom during exchange of fire with the terrorists that took place in Miranshah area of North Waziristan District.

A terrorist, later identified as Ziaullah, was also killed in the fire exchange, said Inter-Services Public Relations (ISPR) – the military media wing of the Pakistan Army – in a statement.

Arms and ammunition were also recovered from the slain terrorist, it added.

ISPR in its statement said that 32-year-old Naik Zahid Ahmed hailed from Charsaddah and embraced martyrdom while valiantly fighting with the militants.

On June 8, two high profile terrorists were killed in a security operation in Noshki area of Balochistan.

The ISPR said that the forces conducted an intelligence-based operation in the Parod Mountains. The terrorists were killed in an intense exchange of fire with the forces.

Those killed belonged to the banned Balochistan Republican Army (BRA). They were identified as Nadeem and Shehzad Alam.

During the operation, weapons and ammunition were also recovered from the terrorists’ hideout.

On the other hand, two terrorists were also killed in North Waziristan district during the military operation.

The terrorists were involved in attacks against security forces.

In first week of the June, at least two terrorists were killed in an intelligence-based security forces operation North Waziristan.

The Pakistan’s Taliban have intensified terror attacks inside Pakistan from bases across the border following Afghan Taliban takeover in Afghanistan.