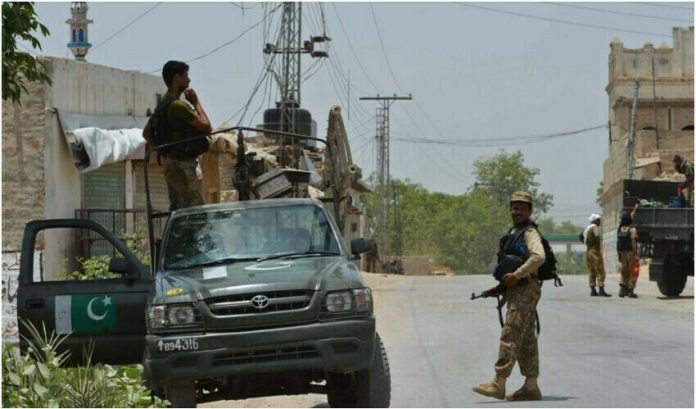 NORTH WAZIRISTAN:  At lest five terrorists were killed and a soldier was martyred during an intense exchange of fire after security forces conducted an intelligence-based operation (IBO) in North Waziristan on Monday.

During the ensuing intense exchange of fire, at least five terrorists were killed.

A sanitization operation was launched in the area to eliminate any other terrorists hiding there.

Later, after a search of the hideout, security officials said they had recovered weapons, ammunition and explosives from the possession of the terrorists.

The military said that these terrorists were actively involved in attacks against security forces apart from killing innocent citizens.