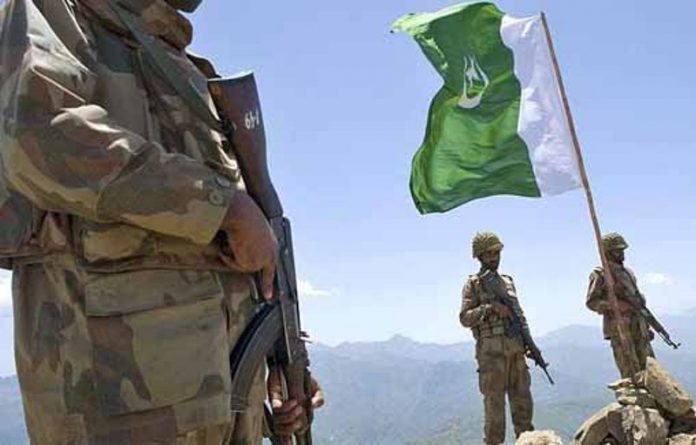 MIRANSHAH: A security forces personnel was martyred in a cross-border attack by militants at a security check post situated on the Pak-Afghan border in North Waziristan tribal district on Thursday.
Sources said the militants based in Afghanistan attacked a security check post in Dandi Kach area of Speen Wam tehsil due to which a personnel of Betani Rifles was martyred.
The security forces during military operation Zarb-e-Azb had cleared most of North Waziristan tribal district of militants as many of them were killed, while a large number of them also escaped to Afghan side. These militants based in Afghanistan had launched several attacks against Pakistani security forces. Pakistan has lodged strong protest several times with the Afghan government over these cross-border attacks.