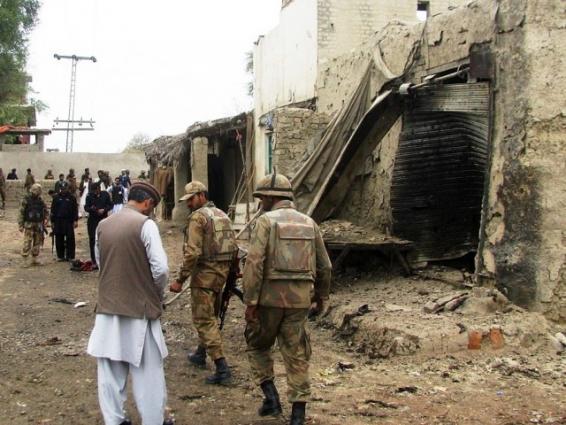 BANNU: A security official and three suspected terrorists were killed on Wednesday in an attack on a military check post in the Frontier Region (FR) Bannu.
Militants attacked the Khadim checkpost, 25 kilometres away from Bannu, by more than a dozen militants, killing a security forces man.
The security forces responded positively and killed three of the militants whereas rest of them escaped from the scene and also took the dead bodies with them.
Security officials cordoned off the area after the assault and have initiated a search operation in the area.
Meanwhile, an official of the political administration escaped unhurt in an Improvised Explosive Device (IED) attack in Wana, South Waziristan Agency.
Officials confirmed that an IED, planted on the roadside, went off in the Shakai area of Wana, a subdivision of South Waziristan Agency.
The incident comes in the wake of the death of an political muharrar Farooq Khan, who was killed in the Khamrang area of Wana last Sunday.