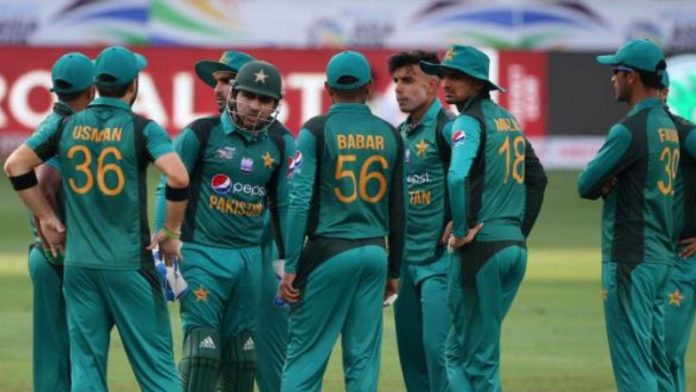 PORT ELIZABETH: South Africa Saturday set 267 as target for Pakistan in the first match of five one-day internationals (ODI) at St George’s Park in Port Elizabeth.
The experienced right-handed batsman, Hashim Amla played an unbeaten inning of 108 runs off 120 deliveries. On the other hand, the debutante, Rassie van der Dussen impressed everyone with his 101-ball 93-run inning.
Faf du Plessis, South Africa skipper, won the toss and elected to bat first. They had a decent start with Hashim Amla and Reeza Hendricks putting up 82 runs together in 17.4 overs, before Hendricks getting out on an individual score of 45 (67).
The debutante batsman had a shaky start, he did not look confident against the slower bowlers, however, he was in his zone against the pacers.
In the later part of der Dussen’s inning, he started to find his groove and played some aggressive strokes to improve his slow strike rate. The 29-year-old struck three 6’s and six 4’s during his inning, where he missed his century by just seven runs.
On the other hand, it was just another day for Amla in the office, where he brought the 27th century of his ODI career.
He along with the flamboyant left-handed batsman, David Miller finished off the inning on 266 runs. He remained not out on 16 runs off 12 balls.
Pakistan were not up to the mark in the field today as they gave away some easy runs and failed to take half run out chances during the inning.
Hasan Ali bowled brilliantly throughout the inning, conceding just 42 runs in his ten overs. On the other hand, Shadab Khan bowled with great control in the proceedings, where he took one wicket for 41 runs in his quota of ten overs.