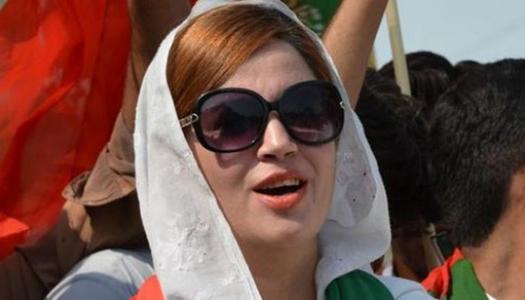 MULTAN: Pakistan Tehreek-i-Insaf (PTI) MNA, Zartaj Gul said on Tuesday that setting up of South Punjab province was her party’s manifesto and it should be established to mitigate the issues faced by masses of the area.
She regretted that South Punjab was ignored in past and funds were not released to the parliamentarians belonging to South Punjab.
Addressing the lawyers at High Court Bar Association here, she said that parliamentarians of the area kept on closing their eyes from the problems of South Punjab, adding that they just obeyed rulers of ‘Thaket-e-Lahore” to delight them and to win their favours.
She disclosed that former rulers of Punjab allocated colonies for lawyers other than South Punjab.
The PTI government under the dynamic leadership of Prime Minister Imran Khan, would resolve the issues of masses, Gul said and added the PM would definitely raise voice against the blasphemous caricatures issue at United Nations (UN) and Orgainzation of Islamic Cooperation (OIC) platforms.
She said the prime minister had in his maiden address to the nation appealed to judiciary and lawyers fraternity to get the cases settled as soon as possible for quick justice, adding that Winston Churchill had once said that no society could ease to exist where justice prevailed.
The PTI MNA said that people mandated them in elections due to their performance in KP, saying that the party had launched Jirga system to dispense prompt justice.
She thanked lawyers for giving her a title of “Iron Lady”.