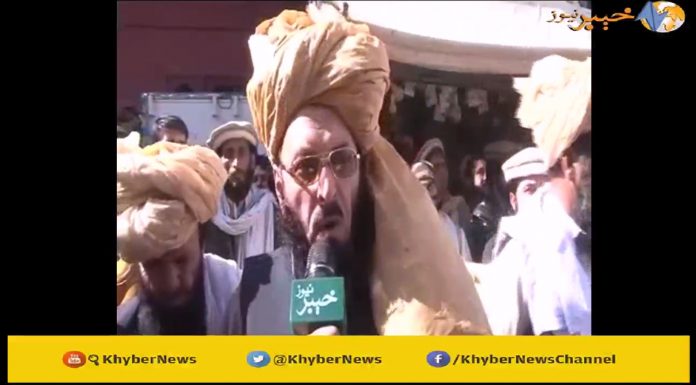 WANA: Local elders and ulemas of South Waziristan Agency (SWA) on Friday rubbished the reports of reemergence of Taliban in Wana, the headquarters of the agency. The tribal elders said some news agencies and elements wanted to sabotage peace of the region.

While addressing a news conference in Wana, tribal elders of Ahmedzai tribe, including Malak Rahmat Ullah Khan, Maulana Sultan Wazir and Maulana Taj Muhammad maintained that no pamphlets have been distributed in the area about the reemergence of Taliban.
The tribal elders and ulemas further said that some news agencies and elements have broadcasted baseless news about fake pamphlets. They said peace committees, political administration, army and FC officials are in coordination for peace in Wana and other areas. They claimed that there is complete peace in the area. They claimed that there is no threat to peace in the area.
The tribal elders urged media to visit the area and witness peace in the area.