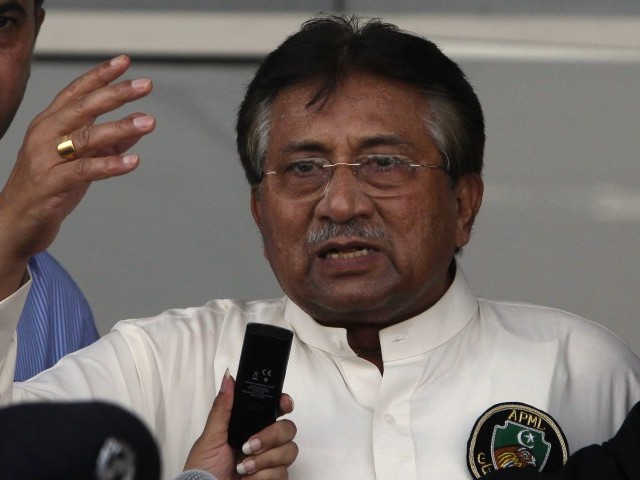 ISLAMABAD: The Special Court hearing the treason case against former president General (retd) Pervez Musharraf has ordered the federal government on Friday to put special measures in place to bring the ex-military ruler back from the United Arab Emirates.
The three-member special court issued a written order during hearing of the high treason case here on Friday.
Peshawar High Court Chief Justice Yahya Afridi is heading the bench which includes Lahore High Court Chief Justice Yawar Ali and Balochistan High Court Justice Tahira Safdar.
The special court ordered that the interior ministry should take action for the arrest of the former military ruler through the Interpol.
The court also ruled that the federal government should take measures for the confiscation of assets of Musharraf.
The former president’s advocate in his arguments said that an application was sent to the interior ministry for the security of Musharraf.
The bench, formed in 2013, is hearing the case of imposition of extra-constitutional emergency by Musharraf in November 2007.