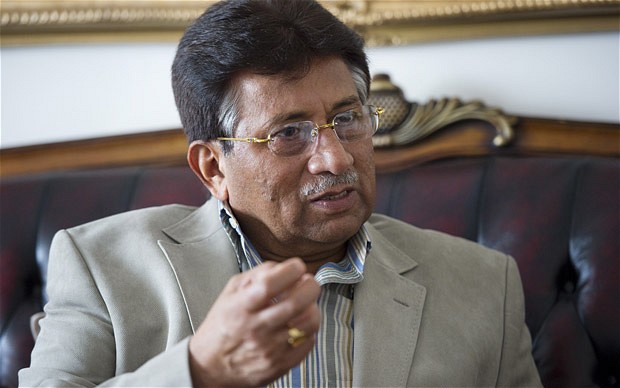 ISLAMABAD: A special court in Islamabad on Thursday said it would announce the verdict in the high treason case against former president retired Gen Pervez Musharraf on December 17 after hearing the arguments of the government’s new prosecution team.
The Islamabad High Court (IHC) on November 27 stopped the special court from issuing the verdict it had earlier reserved in the high treason case. Additionally, the high court had directed the government to notify a prosecution team by December 5.
On October 24, the special court was informed that the government had sacked the entire prosecution team engaged by the previous PML-N government to prosecute the high treason case against Musharraf.
Peshawar High Court (PHC) Chief Justice Waqar Ahmad Seth headed a three-member bench of the special court as a new prosecution team for the government appeared before the court during today’s proceedings.
Prosecutor Advocate Ali Zia Bajwa said that he and Munir Bhatti had been appointed as prosecutors in the case and after receiving the notification of his appointment at 4pm on Wednesday, he had received a 3,000-page record.
The prosecutor asked for time to read over the record of the case, adding that he would not depend on the arguments of the previous prosecution team.
Justice Nazar Akbar, who was part of the bench, asked the newly appointed prosecutor to tell them when he would present his arguments, adding that he would not be given more than a week’s time.
Advocate Bajwa asked the court to give them a reasonable amount of time.
Justice Seth said they (prosecutors) should set aside other cases and fight this case, while Justice Akbar added that four days were enough to prepare.
Justice Seth added that judges had come from various parts of the country for the special court.
“This is a special case and this is a special court,” Justice Seth remarked.
The prosecutor said there was “a lot of pressure” on them, in response to which Justice Akbar said: “What pressure could there be on lawyers and the court? The lawyers’ job is to assist the court.”
Justice Seth added that they would write that the prosecution should give their statements by December 17.
Adjourning proceedings till December 17, Justice Seth said they would hear arguments in the next proceeding and announce the verdict.