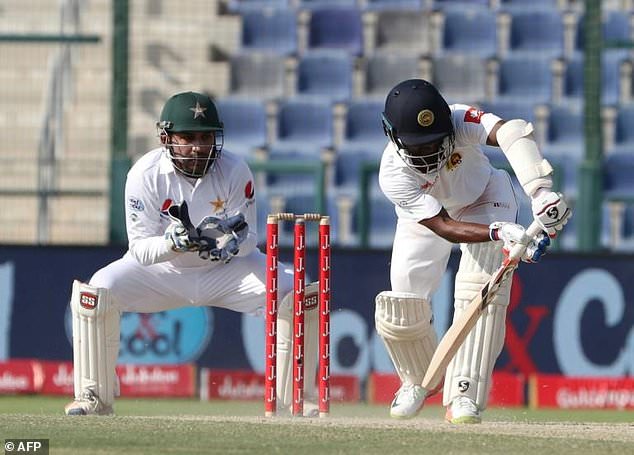 DUBAI: Sri Lanka were off to a sound start as they reached 96-1 at tea on the first day of the second and final day-night Test against Pakistan in Dubai on Friday.
Opener Dimuth Karunaratne was unbeaten on 52 and Sadeerawickrama was eight not out after Sri Lankan skipper Dinesh Chandimal won the toss and opted to bat on a flat Dubai stadium pitch.
Karunaratne cracked three boundaries in paceman Mohammad Amir s over and then hit leg-spinner Yasir Shah for another to reach his sixth Test half century.
In all he has so far hit seven boundaries in the two-hour first session.
Sri Lanka lead the series 1-0 after winning the first Test by 21 runs in Abu Dhabi.
Karunaratne put on 63 for the first wicket with Kaushal Silva who fell caught behind off Shah after scoring 27.
This is the sixth day-night Test with a pink ball since the innovation was first seen in the Australia-New Zealand Test at Adelaide in December 2015.