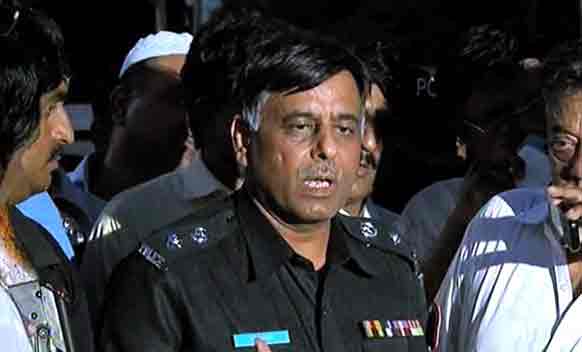 KARACHI: A suicide bomber attacked convoy of SSP Malir Rao Anwar in Karachi; however, the police officer remained unhurt in the blast.
According to details, the attack took place in Malir area where a suicide bomber blew himself up as the convoy of Rao Anwar passed by.
The blast caused no damage to any of the convoy vehicles, police claimed, adding that four policemen travelling in the convoy sustained bullet wounds.
Officials said the law-enforcers returned fire and killed two terrorists on the spot.
Police said the convoy came under attack when the senior official was heading towards his home in Malir Cantt.
SSP Rao Anwar survived a grenade and gun attack on his convoy in 2015 in Karachi.