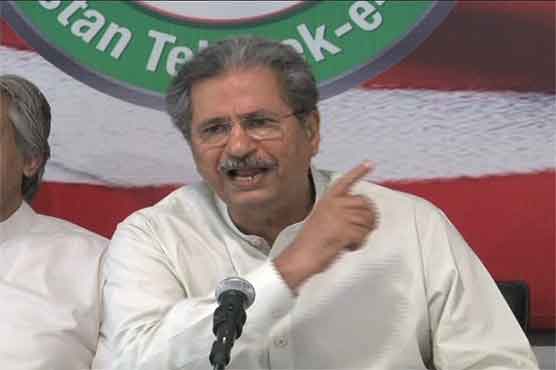 LAHORE: Pakistan Tehreek-e-Insaf Leader Shafqat Mehmood remarked that institutions are bigger than people and must be respected.
While addressing a press conference in Lahore on Thursday, the PTI leader lashed out at political opponents.
Referring to former premier Nawaz Sharif’s statement that he will start a movement against the ‘dual-standard’ of law, Shafqat said: “we will counter their tehreek [movement] with ours.”
He further said, “they are threatening Supreme Court’s judges and hurting the apex court.”
The judiciary and the judges have shown a lot of patience, but everyone has their limits, he added. “It doesn’t matter who is the judge and who is not. The way they are speaking about courts, the judiciary is affecting the institution. A notice should be taken of these statements.”