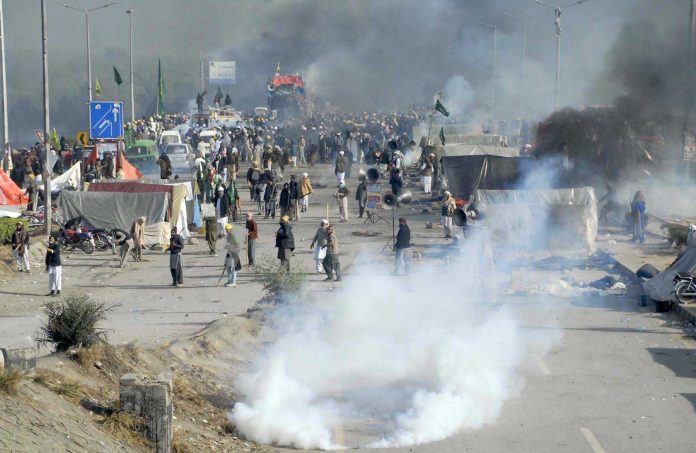 ISLAMABAD: Islamabad High Court (IHC) has adjourned hearing of applications of citizens regarding Faizabad sit-in, that brought the capital to a standstill for over 20 days, till 12th of next month.
Reports by Intelligence Bureau and Chief Commissioner Islamabad were submitted before the Court.
Arguing before the court, Attorney General Ashtar Ausaf said that the Supreme Court took suo moto notice of the sit-in and all aspects were discussed in the order issued by the Court.
The Court said it cannot endorse the agreement between the Government and the sit-in leaders adding that not a single clause of the agreement between the government and the religious group is according to the Constitution.
In his remarks during the hearing, Justice Shaukat Aziz Siddiqui said that the state of Pakistan surrendered to the sit-in protesters at Faizabad.
Justice Siddiqui stated that in respect of the Supreme Court which is hearing a suo motu case on the subject related to the sit-in, the IHC would not give its decision on the case; however, Justice Siddiqui stated that he would not let the case be dismissed if the losses incurred by the police during the sit-in were not compensated.
He also remarked that the copy of the agreement should be presented in the joint session of the Parliament.