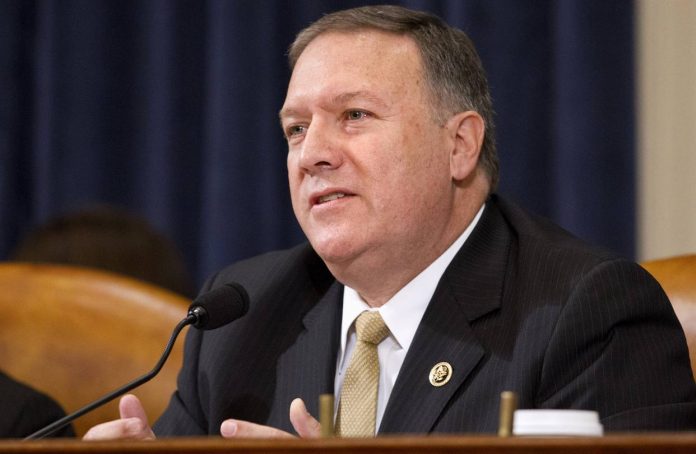 WASHINGTON: Secretary of State Mike Pompeo on Saturday offered his condolences to the family of Sabika Sheikh, a Pakistani exchange student who was killed in a shooting at a Texas high school the previous day.
“I send my deepest condolences to the family and friends of Sabika Sheikh, who was killed in the tragic shooting at Santa Fe High School in Texas, yesterday,” Pompeo said in a statement.
“Sabika’s death and that of the other victims is heartbreaking and will be mourned deeply both here in the United States, and in Pakistan,” Pompeo said.
The student was among the 10 people killed on Friday after a gunman opened fire at the Texas high school. Another 10 people were wounded.
Officials said that Sabika was in the U.S. as part of the State-Department sponsored Youth Exchange and Study program, which provides scholarships for students from countries with significant Muslim populations to spend an academic year in the U.S.
Authorities have identified 17-year-old Dimitrios Pagourtzis, a student at the school, as the suspected shooter.
He is currently being held in the Galveston County jail with no bond on charges of capital murder and aggravated assault of a peace officer.
President Trump also addressed the shooting on Friday, telling reporters at the White House that it was “absolutely horrific.”
“This has been going on too long in our country, too many years, too many decades now,” he said. – Agencies