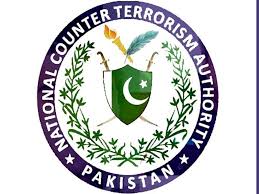 ISLAMABAD: The effective implementation of National Action Plan (NAP) has registered a discernible downward trend in terrorism incidents which have reached 750 in 2017 as compared to 2,060 attacks in 2010.
A lot of sweat and blood has gone into this herculean effort, National Coordinator, National Counter Terrorism Authority (NACTA), Ihsan Ghani said.
In an exclusive talk with APP on Sunday, he said NAP was being implemented with full commitment and vigour in coordination with all provinces, security agencies and other stakeholders, thus establishing writ of state throughout territory of Pakistan.
He said effective implementation of NAP has also registered significant improvements in overall law and order and internal security situation in the country, adding that national and international organizations have lauded efforts of Pakistan to rid itself of terrorism and extremism.
“Our citizens have stood behind their police, military and their intelligence agencies, never faltering in their resolve to defeat terrorists and their twisted ideas,” Ihsan Ghani said and added terrorist attacks have been brought down and are expected to go down even further.
Highlighting the NACTA’s efforts with regard to chocking financing of terrorists and their organizations, Ihsan Ghani said in Hawala Hundi domain, Rs 1490 million has been recovered while 919 cases registered and 1209 persons were arrested.
Similarly, in area of Anti-Money Laundering, the authorities concerned registered 424 cases and arrested 574 persons.
Around 207 Suspicious Transaction Reports were received from Financial Monitoring Unit (FMU) 49 of them were converted into cases. The authorities closed 48 STRs while 110 were under process.
Ihsan Ghani said these initiatives have helped in establishing stringent controls for making money transfer system fully protected against misuse by terrorists and terrorists organizations, and monitoring of movement of persons under schedule-lV of ATA, 1997 and of money, to effectively combat money laundering and terrorist financing.
These have also helped in capacity building of investigators and imparting training to them in areas of money laundering, terror financing, assets tracing and financial investigation, improving registration of cases of terrorist financing timely, conclusion of investigation and securing convictions from the court, and also regulating donation collection of activities of different NGOs and controlling and timely checking on people involved in illegal forex trade.
National Coordinator NACTA said other initiatives to choke funding of terrorists elements included model law for facilitation and regulations of charities. Its purpose is to ensure that every penny donated into charity is accounted for while a National Task Force on choking financing of terrorism was constituted.
This is a coordinating body of over 20 Federal and Provincial organizations, concerned with policy and operational matters pertaining to combating financing of terrorism.
Regulations and monitoring across border movement of currency, effective regulations of branchless/internet banking were the other steps, he added.
It merits mentioned here that in absence of adequate implementation measures, terrorists and terrorist organizations could muster funds from a variety of source such as charity/alms and other nondescript formal/informal financial channels.
In countries where banking sector works in isolation from counter-terrorism apparatus, tracking terrorism financing is a gigantic task. The extremists primarily collect money as subscription from sympathizers and criminal activities such as extortion, gun-running and narcotics trade. Such groups transfer funds through formal financial system, alternative remittance services, trade, cash, non-profit organizations and charities. – APP