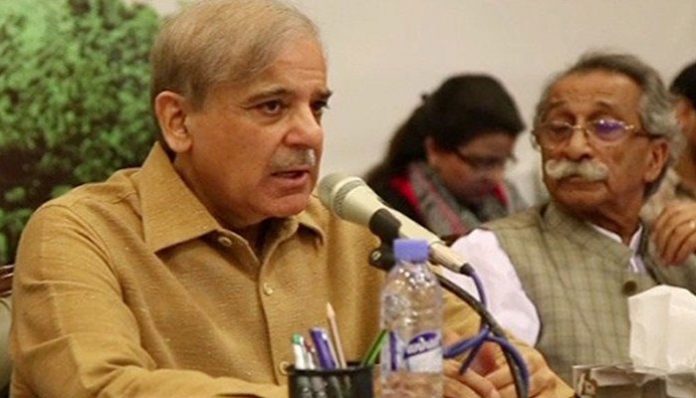 ISLAMABAD: Pakistan Muslim League-Nawaz (PML-N) president and opposition leader Shehbaz Sharif on Friday vowed strict action against party senators who “sold off their conscience” after a failed no-confidence motion against Senate Chairperson Sadiq Sanjrani.
Chairing a meeting of the party senators earlier today, Shehbaz expressed his concern over Thursday’s proceedings and vowed to find and take strict action against those who “undermined” democracy, sources quoted him as saying.
“Fourteen senators sold off their conscience and led to the failure of the motion. [These people] joined in with the government to [ruin] the sanctity of the Senate and their own dignity,” Shehbaz lamented.
“The opposition will come together to prepare an action plan over the matter,” the opposition leader added.
“Horsing trading won and democracy got undermined again today. It is not just Opposition’s loss. We will get down to the bottom of the matter and those who sold their conscience will be exposed,” Shehbaz had tweeted earlier.