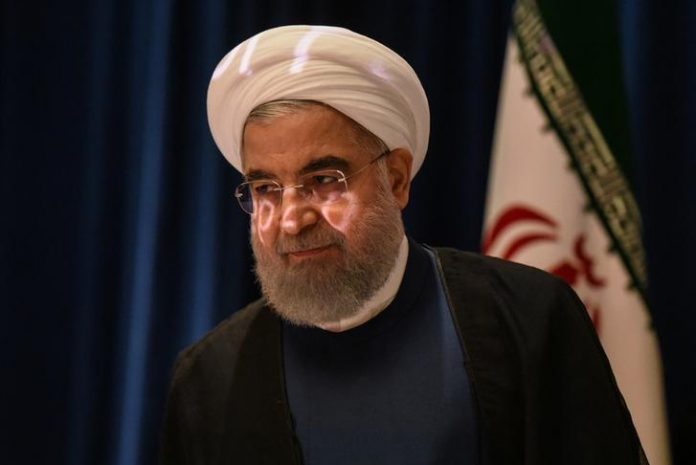 VIENNA: Iran wants world powers to present measures guaranteeing oil revenue and investment into the country despite U.S. sanctions when ministers meet on Friday to save the 2015 nuclear deal, but European states will fall short of its demands, diplomats said.
President Donald Trump pulled the United States out of the multinational deal in May under which sanctions on Iran were lifted in return for curbs on its nuclear program, verified by the International Atomic Energy Agency (IAEA). Washington has since told countries they must stop buying the OPEC producer’s oil from Nov. 4 or face financial consequences.
Foreign ministers from Britain, China, France, Germany and Russia meet with their Iranian counterpart in Vienna for the first time since Trump left the pact, but diplomats see limited scope for salvaging it.
“The objective is to save the deal. We’ve made some progress, including on safeguarding some crude sales, but it’s unlikely to meet Iranian expectations. It’s also not just about what the Europeans can do, but also how the Chinese, Russians, Indians, others can contribute,” said a senior European diplomat.
The pillars of the European Union’s strategy are: European Investment Bank lending, a special measure to shield EU companies from U.S. secondary sanctions and a Commission proposal that EU governments make direct money transfers to Iran’s central bank to avoid U.S. penalties.
“The Iranians expect the others to say what we are going to do to keep the deal alive. We will have to see if it is going to be good enough for them,” an EU source added.
Describing the Friday meeting as important, Iranian officials have said that key for them is to ensure measures that guarantee oil exports do not halt, and that Tehran still has access to the SWIFT international bank payments messaging system.
During a visit to Europe this week President Hassan Rouhani warned that Iran could reduce its co-operation with the U.N. nuclear watchdog having already threatened Trump of the “consequences” of fresh sanctions against Iranian oil sales.
Rouhani was quoted by state media and on his website after calls with French President Emmanuel Macron and German Chancellor Angela Merkel as having told them he was disappointed with their package which did not go far enough.
“SWIFT is the key but Iran has to stay in at least until the end of the year to maintain divisions between the EU and U.S., keep some credibility and try and survive amidst forthcoming sanctions,” said Sanam Vakil, Associate Fellow at Chatham House, a London-based international think tank.
While talks are expected to focus purely on the nuclear deal, they come amid increasing rhetoric from the Trump administration, which argues that Iran poses a serious security threat.
An Austria-based Iranian diplomat was among four people arrested on suspicion of plotting an attack on an Iranian opposition group in France last week.
The issue could be a distraction in the Vienna talks. Iran has said it had nothing to do with the plot and has demanded the official be released without delay.
Any confirmation that Iranian authorities were behind the plot could make it politically difficult for European leaders to continue to back the nuclear deal. – Reuters