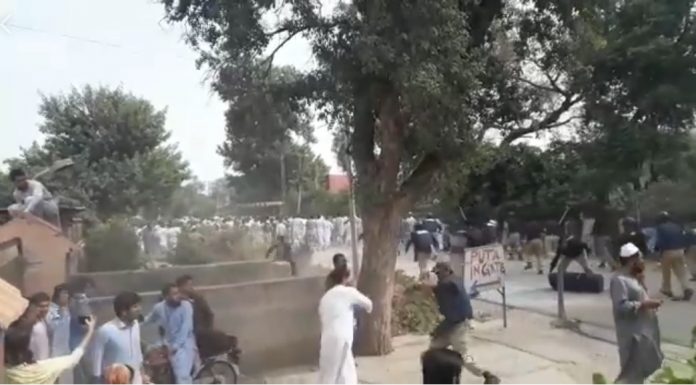 PESHAWAR: The premises of Peshawar University turned into a battlefield when police resorted to baton-charge against the students protesting fee hike by the varsity administration.
According to details, the students of Peshawar University were demonstrating against the fee hike; however, the protest got nasty when police baton-charged the protestors to disperse them.
During the course of dispersing the protestors, at least five students sustained injuries who were then shifted to nearby hospital for medical assistance.
The police also arrested 15 protesting students while the varsity administration called in additional contingents of police to keep the situation under control.