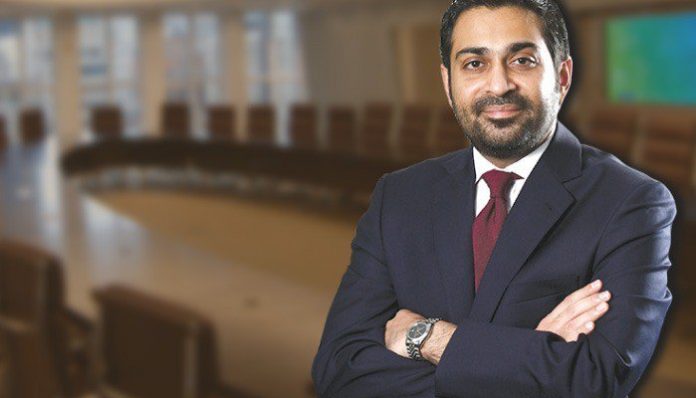 KARACHI: A board meeting of Pakistan Stock Exchange (PSX) decided on Thursday to appoint Sulaiman S Mehdi as the new chairman of PSX.
After the removal of Hussain Lawai from the post, Sulaiman – chief executive officer of private equity firm Cyan Limited – is replacing him as a successor for the position of chairman PSX.
Sulaiman has been previously associated with asset management department of a private bank. He received his formal education from Institute of the Corporate Secretaries of Pakistan (ICSP).
On July 10, PSX announced to dismiss renowned banker Hussain Lawai as its chairman.
The banker facing inquiry in a Rs35 billion money laundering case was arrested by the Federal Investigation Agency (FIA) on July 6.
After his arrest, the SECP had issued a letter to PSX CEO Richard Morin demanding his removal from the PSX Chairman post.
FIA officials say 32 people, including Lawai, are being investigated for laundering billions of rupees through fictitious bank accounts.
The Supreme Court had taken a suo motu notice after media reported the alleged money laundering through banks.
The scandal also includes former president Asif Ali Zardari and several of his close associates, including sister Faryal Talpur.