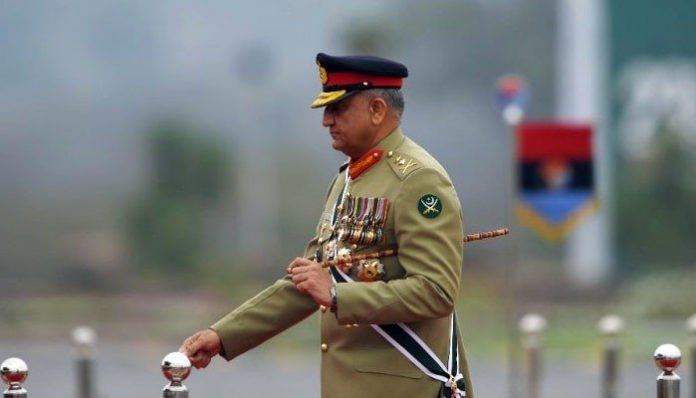 Former federal law minister Farogh Naseem who resigned from his post on Tuesday to represent the army chief in the case submitted his power of attorney upon arrival at the court today.

During the hearing today, Chief Justice Khosa asked Attorney General Mr.Anwar Mansoor Khan if they had accepted the points raised by the court yesterday.

To this, the attorney general replied that they have not accepted the mistakes.

“This is not a suo motu case, media did not understand it correctly,” the chief justice remarked. “We are hearing the case on the petition filed by Raiz Riahi.”

The chief justice then asked the attorney general to present the summary approved by the federal cabinet in its meeting Tuesday.

“I informed the court yesterday as well that we are waiting for some ministers to respond on the extension notification,” the attorney general said.

“If there is no answer, so we assume the answer is yes?” the CJP inquired.

To this AG Khan replied that according to the law, that is correct.

The top judge then said that this course of action is only acceptable when the answer has to be given in a certain time period.

The attorney general then submitted the documents pertaining to yesterday’s decisions by the federal cabinet to the court.

Following the verdict yesterday, the federal cabinet met twice and reviewed the situation arising out of the SC order.

The cabinet, in its second meeting on Tuesday, amended Rule 255 of the Army Regulation which was questioned by the court. It also approved a new summary for extension in the tenure of the army chief and sent it to President Arif Alvi for approval.