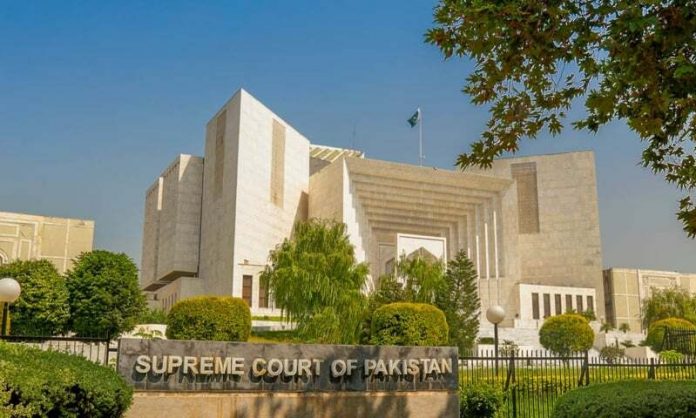 ISLAMABAD— The Chief Justice of the Supreme Court of Pakistan has questioned the authority of the federal cabinet, asking at whose behest the cabinet amended the rules concerning corruption and tax evasion.

The chief justice of Pakistan wondered how the federal cabinet could amend the rules while taking corruption and other things out of them.

The CJP asked the additional advocate general to read the ECL Rule, 2010 under which people involved in corruption and terrorism cases and those who defaulted on taxes and loans, they could not go abroad.

At whose behest, the federal cabinet has amended the rules and has given its assent to change them, the vexed chief justice inquired. He fumed that without consulting the National Accountability Bureau, the names of accused had been excluded from the Exit Control List.

The AAG assured the court that after the approval of the cabinet, he would present the cabinet minutes before the court.

Justice Ijazul Ahsan inquired would the name of the accused automatically be excluded from the ECL after the expiry of 120 days.

On this, the AAG replied that the period of 120 days would be applicable when the name of the accused was first entered in the no fly list.

Justice Muneeb remarked that the court agreed that right now there were only accusations against the federal ministers. But is there any code available which specifies that a minister who is involved in a corruption case, the relevant file should not be sent to him, the judge asked adding that was it not more appropriate that the accused minister should not sit in the meeting which would take up his corruption case.

How the accused could amend rule for their own benefit, Justice Mohammad Ali Mazhar added.

Justice Ahsan inquired whether approval could be sought through a circulation summary in this connection. It’s the cabinet’s responsibility to analyze each and every case, then make its decision.

The court sought the list of all people whose names had been excluded from the ECL.

Justice Mazhar lamented that after the amendment to the ECL Rules, the cabinet had abolished the method of review.

The AAG told the court that they had yet to see whether the members whose names were placed in the ECL, were they included in the committee which suggested to amend the rules. He further informed the court that in fact Law Minister Azam Nazeer Tarar suggested amendments to the ECL Rules.

CJP Bandial ordered to submit a report detailing method which was employed by the government to amend the ECL Rules.

Justice Mazahir Ali Akbar Naqvi asked what progress had been made in the cases of Prime Minister Shehbaz Sharif and Punjab Chief Minister Hamza Shehbaz after the change of govt. Has the prime minister indicted, he further inquired.

Justice Ijazul Ahsan asked if the record of the FIA intact. If anything goes missing, then the FIA DG would be responsible.

The SC summoned FIA DG Usman Gondal to the court with all the record.

The NAB prosecutor general told the court that the names of 174 accused required in the bureau’s inquiries had been taken out from the Exit Control List but the watchdog was not taken into confidence.

The additional attorney general contended that no one including prime minister sought exemption in the case. He assured the court that all FIA record was safe and intact.

PML-N lawyer Irfan Qadir said that a certain political party was constantly levelling allegations in which an attempt had been made to embroil the court.

The court after hearing arguments adjourned the case.