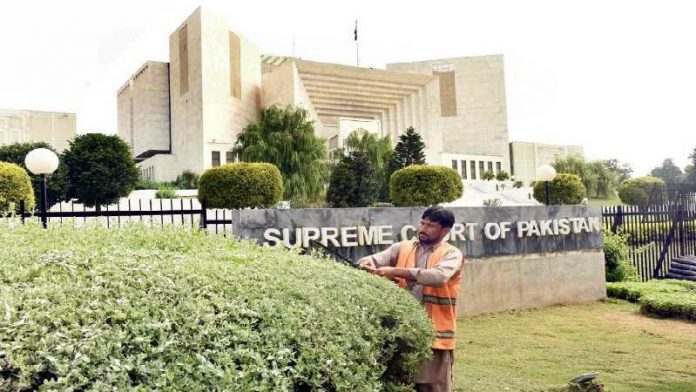 The Supreme Court of Pakistan has rejected PPP Karachi leader Masood ur Rehman Abbasi’s apology in a contempt of court case. Abbasi is accused of using objectionable language for Chief Justice Gulzar Ahmed.

He had called the top judge a “sector in-charge” and accused him of earning through unfair means at a ceremony.

In the hearing on Friday, the accused said he was disturbed by the demise of his mother and domestic problems.

Justice Mazahir Naqvi asked him who he wanted to impress through his talk. Making such a speech was not possible without careful consideration, he observed. The judge asked the Federal Investigation Agency to find out at whose behest the remarks were made.

Abbasi said that he heard people saying that no chief justice had ever given such harsh remarks. Justice Aijaz ul Ahsan reminded the accused that he boasted of telling the court its worth if it summoned him.

At this, Abbasi said he was a poor man and asked the court to forgive him. Justice Ahsan asked him on what basis did he call the chief justice a sector in-charge. How did you accuse Justice Ahmed of earning through unfair means, the judge questioned.

Abbasi once again apologised at this, telling the judge that he was the sole bread-winner of his two wives and seven children. But Justice Ahsan said this way anyone would disrespect a judge and apologise later. The court rejected Abbasi’s apology and decided to indict him at the next hearing.