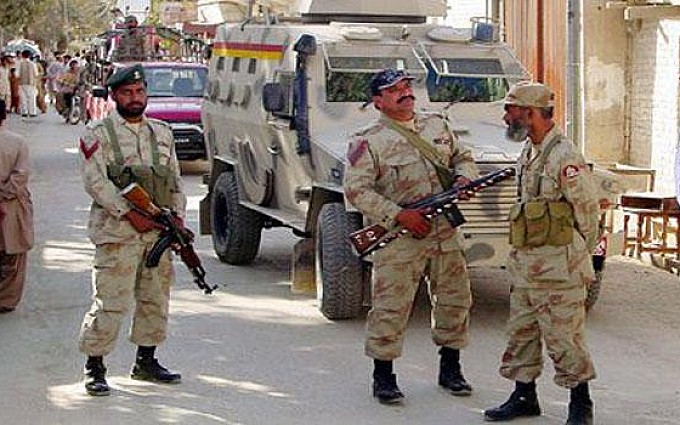 QUETTA: A terror suspect killed in exchange of fire with the personnel of the security agencies in Quetta here on Monday.
The personnel of paramilitary Frontier Constabulary (FC) and a secret agency, engaged a terrorist in Lehri Railo Gulab area and killed him in a shootout, a spokesman of FC said here.
A sub-machine gun and two kilogrammes of explosives were captured from the possession of the slain terrorist, spokesman said.
In Sariyab and Chandni Chowk areas of Quetta eight Afghan nationals were arrested.
Moreover, FC and intelligence agencies personnel in a joint operation in Machh arrested two suspects for alleged linkes with outlawed groups.