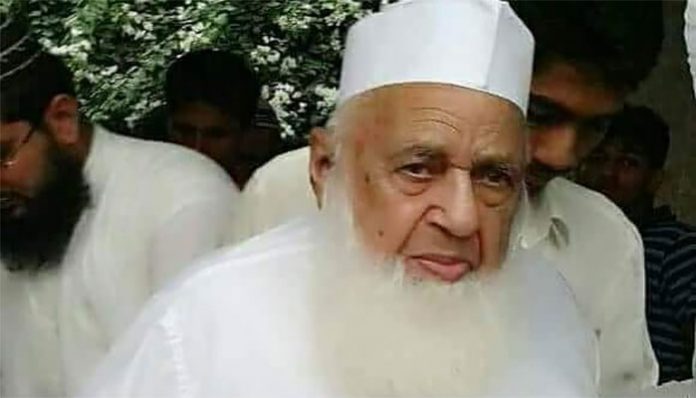 LAHORE: Tableeghi Jamaat Ameer Haji Abdul Wahab passed away in Lahore after prolonged illness early on Sunday morning.
Haji Abdul Wahab was being treated for Dengue fever at a private hospital in Lahore. He had breathing problems and chest pain too.
Haji Abdul Wahab was on the ventilator for the last few days.
His funeral prayers will be offered after Maghrib prayers at Tableeghi Markaz, Raiwind.
Haji Wahab was born on 1st January 1923 in Dehli and migrated to Pakistan after independence. He was the third chief of Tableeghi Jamaat.
He completed his graduation from Islamia College, Lahore. He was working as district officer in British India when he joined the Tableeghi Jamat in 1944.