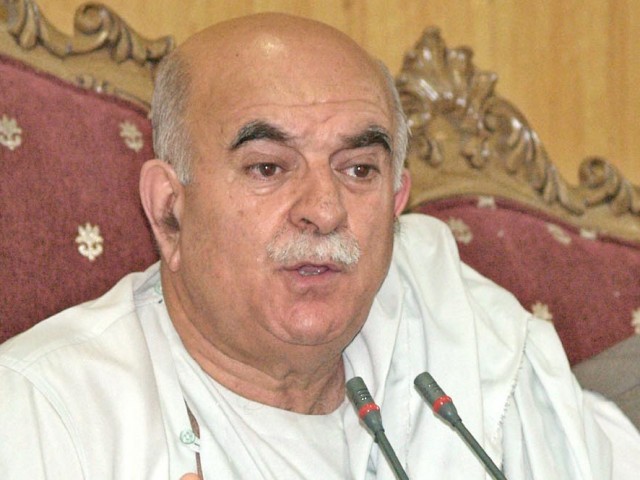 ISLAMABAD: Pakhtunkhwa Milli Awami Party (PMAP) Chief, Mahamood Khan Achakzai on Friday said Chairman Pakistan Awami Tehreek (PAT) Dr. Tahir ul Qadri was a Canadian citizen and like Altaf Hussain, Qadari was also working against the interest of the country.
Talking to media outside the Parliament House, Achakzai said that conspiracy was being hatched against democracy and Pakistan government should write letter to government Canada regarding activities of Dr. Tahir-ul-Qadari.
He said government should call the joint sitting of the parliament to draw a strategy for foiling conspiracy of enemies in future.
Achakzai said that enemies were working against Pakistan and it was responsibility of the political leadership to counter them affectively by unveiling their nefarious designs before the nation.
He urged the political parties for forging unity among their ranks and work together for smooth continuity of the democratic process in the country. …APP