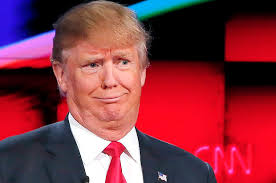 KABUL: The Afghan Taliban on Wednesday called on U.S. president-elect Donald Trump to withdraw American troops from Afghanistan.
“Our message is that the Americans should draft a policy not to take away the independence and sovereignty of other nations. Most importantly they should withdraw all their troops from Afghanistan,” the Taliban said in a statement in reaction to Trump’s surprise election win.
Donald Trump has stunned America and the world, riding a wave of populist resentment to defeat Hillary Clinton in the race to become the 45th president of the United States.
The Republican mogul defeated his Democratic rival, plunging global markets into turmoil and casting the long-standing global political order, which hinges on Washington’s leadership, into doubt.
“Now it is time for America to bind the wounds of division,” Trump told a cheering crowd of jubilant supporters in the early hours of Wednesday in New York, pledging to work with Democrats in office.
“I pledge to every citizen of our land that I will be president for all Americans,” he declared, in a conciliatory address in which he paid tribute to his defeated opponent and thanked his staff.