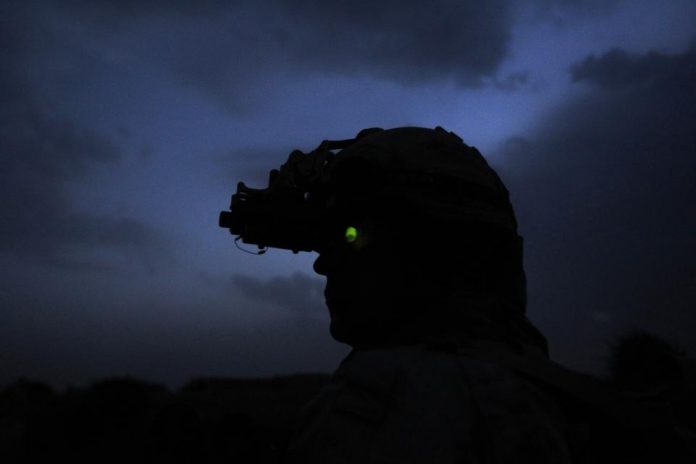 WASHINGTON: Taliban militants using hi-tech night-vision goggles killed eight Afghan police officers in their bed near the capital of western Farah Province, a New York Times report said on Monday quoting Afghan officials as saying.
The killing of police officers using sophisticated night-vision goggles usually with Russian markings is the latest in a series of terrorist attacks on government forces in Afghanistan that have spiked in recent months.
The US forces have been training Afghan army how to use the night-vision technology in Afghanistan against Taliban fighters and it appears that the Taliban militants have managed to obtain the technology and using against their opponents. The night-vision technology is used to target enemies who cannot see their opponents.
While the Afghan army has been using night-vision equipment, police officers usually do not use them. Taliban using the technology targeted an Afghan National Police checkpoint in a village in the Farah province in the wee hours of Monday.
According to a village elder, Taliban had hidden in a graveyard and were using night-vision goggles to see the movement of police officials. The attack was so precise that it did not give police a chance to even wake up and fight.
According to the report, militants have been using this technology and during a recent army attack on Taliban two months ago, night-vision goggles were found on bodies of some of the insurgents.
“Usually we are using laser weapons and night visions on night attacks and we definitely used night visions and laser weapons for that attack as well,” a Taliban spokesman, Qari Yusuf Ahmadi, boasted while talking to the NYT by a cellphone from an undisclosed location.
The spokesman claimed that 13 police officers were killed in the Monday attack. The night-vision goggles are said to be Russian-made.
An Afghan general said that militants might have purchased them from the black market or, in the rare cases, seized from Afghan soldiers on the battlefield. – APP