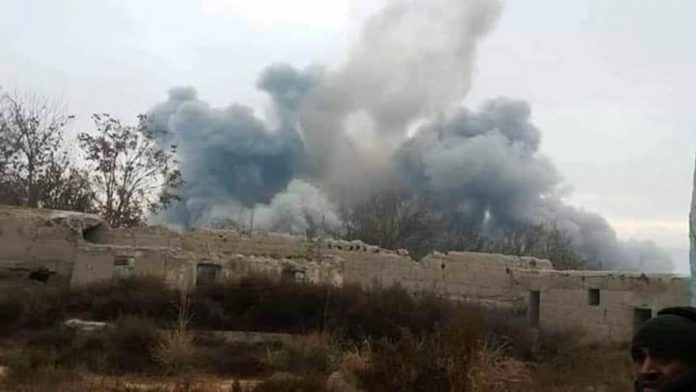 GHAZNI: A Taliban weapons and explosives smuggler was killed by an airstrike in Andar district, Ghazni province of Afghanistan.
Afghan military sources said Monday that the weapons and explosives smuggler of Taliban was killed on Saturday, April 27, 2019.
“The coordinator who went by the name, Jalalzal was in charge of smuggling and suppling weapons to Taliban fighters in order to commit horrific suicide and vehicle explosions, which is a prime example that the Taliban’s actions prove they have chosen violence instead of peace,” the sources said.
The military officials also added that Jalalzal encouraged violence and would supply weapons and equipment to Taliban fighters at all cost. “He has consistently ignored the will of the Afghan people and their desire for peace.”
The anti-government armed militants including Taliban have not commented regarding the killing of Jalalzal so far. …Agencies