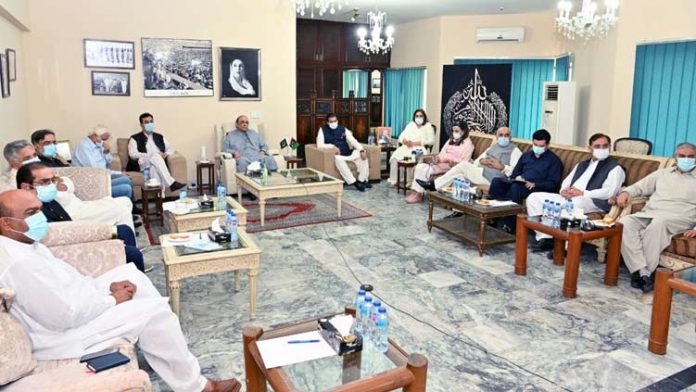 ISLAMABAD— Pakistan Peoples Party on Saturday expressed deep concerns over the ongoing talks with TTP- Tehreek-e-Taliban Pakistan- without informing and taking the parliaments into confidence.

As details, a high-level meeting of PPP with former president Asif Ali Zardari and party chairman Bilawal Bhutto Zardari in the chair was held in Zardari House Islamabad to discuss in depth the issue of terrorism, particularly in the light of recent developments in Afghanistan with the Tehreek-e-Taliban Afghanistan (TTA) & TTP.

The party also decided to reach out to allied parties to create a consensus on the way forward.

It is pertinent to mention here that that earlier today, PPP has served a show cause notice on its MNA from the erstwhile FATA for attending peace talks with the banned TTP without informing the party and parliament.

The notice was served on Sajid Hussain Turi, who is also the minister for Overseas Pakistanis. Another PPP leader from Bajaur Akhunzada Chattan had also attend the peace talks with TTP in Kabul.