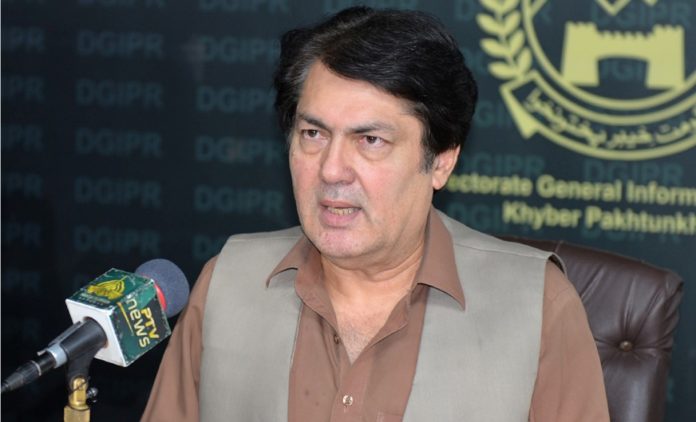 The incident happened in Kot Azam, Tank district. Scores of polio workers and security officials guarding them have been killed since 2012 by militants.

Reacting to the recent attack on a polio vaccination team in Khyber Pakhtunkhwa, Barrister Saif said that anti-TTP groups did not want the peace talks between the banned group and the government.

“Incidents of extortion and attacks on police were happening to make the dialogues fail,” said the leader while talking to journalists.

Replying to a question, Saifs said that they have contact act the TTP today, adding that the representatives of the banned organisation engaged in talks with sincerity.

The Swat issue has been resolved in an amicable manner, he said, adding that the situation is under control in the area.

“There is no truth in reports about regrouping of terrorists [in KP],” he added.

Two cops protecting a polio vaccination team in Tank district of Khyber Pakhtunkhwa were killed unidentified armed men on Tuesday. This is the latest loss of life in the ongoing fight to end the polio disease.

The only remaining polio endemic countries are Pakistan and its neighbour Afghanistan, but Islamic extremists have been attacking vaccination teams in both countries for years.

Senior officer Waqar Ahmad Khan told a foreign news agency that two gunmen hiding near a tiny water channel started fire on the policemen from a very close range.” After firing on two-members of polio vaccination team, the attackers droved off the area on a motorcycle.
The unfortunate incident took place in Tank district’s Kot Azam, close to tribal areas where the military has fought insurgents since 2003.