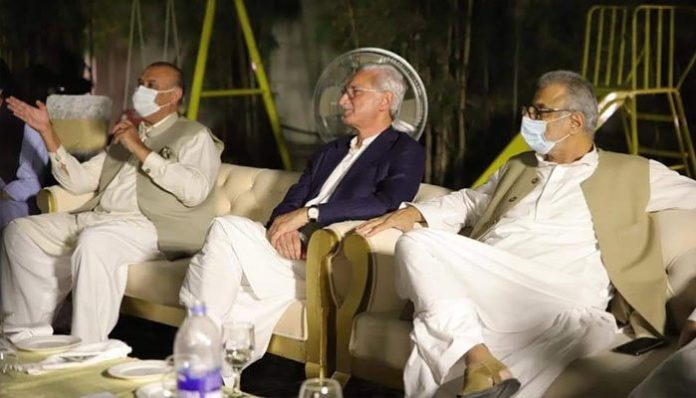 LAHORE: A seven-member delegation of the Jahangir Tareen group met Punjab Chief Minister Sardar Usman Buzdar in Lahore on Friday and reposed their complete trust in his leadership.

“We have complete trust in your leadership. You are our chief minister and we have come to you for resolution of our issues,” the lawmaker said, pointing to the CM.  “The PTI is our party with whom our unconditional association will continue.”

CM Sardar Usman Buzdar said we are united under the leadership of Prime Minister Imran Khan. “We have never meted out injustice to anybody and will never do so. Politics of vengeance is not our thing.”

Assuring the MPAs of addressing their legitimate grievances, the chief minister said the party’s name is Tehreek-e-Insaf and we believe in the dispensation of justice.

Speaking to the media after the meeting, Nauman Ahmad Langrial said they believed that the prime minister won’t allow any injustice to be meted out to them. “Our meeting with CM Usman Buzdar remained productive,” he said.

“The chief minister listened to our grievances and issued directives for their redressal,” the MPA said.