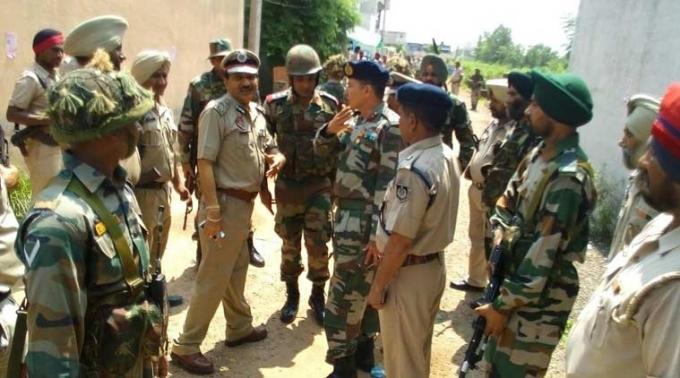 GURDASPUR: Indian on Monday has turned terrorism allegations back on Pakistan after armed militants opened fire in Gurdaspur killing as many as six people while leaving ten injured.
The attack came in amid ongoing Khalistan movement in India.
At least six locals have lost their lives in the incident. India has alleged Pakistan for the attack. The authorities, through police sources have said that terrorists reached Gurdaspur through Jammu and Kashmir. The Indian interior minister has issued directives to tighten security on border.
On the other hand, as many as five bombs were found on Amritsar Railways track and in Pathan Kot which have been diffused.
Defense analyst, Hameed Gul has said that political leadership needs to hold talks with the neighbouring government and settle the issue. He said that Pakistan has proofs of RAW’s involvement in chalking out acts of terror in Pakistan.