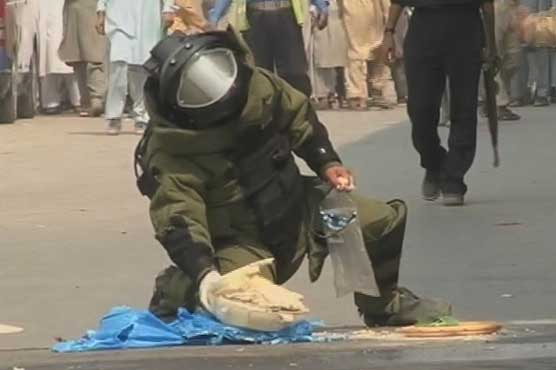 PESHAWAR: Police on Monday foiled an attempt of terrorism and defused a 15 kilogram bomb in Karkhano Market area of Peshawar.
According to details, unknown miscreants have planted a 15 kg bomb in Karkhano Market. The bomb was planted in a cart. Police after receiving information about the bomb rushed to the area.
Later, police successfully defused the bomb to avoid a major terror plot.
The police said the remote-controlled bomb was rigged to a pushcart.
SSP Operation Peshawar said the report was received regarding a battery lying unattended on a suspicious pushcart.
Bomb disposal squad was called in who dexterously defused the bomb.