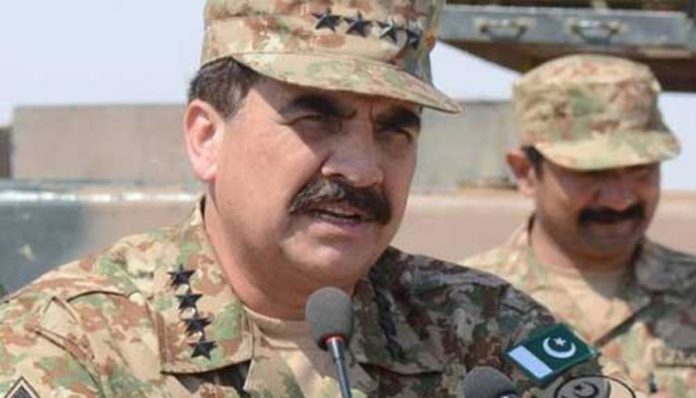 GILGIT: Chief of Army Staff General Raheel Sharif on Thursday said that the nexus between corruption and terrorism would be eliminated at all cost and at all levels.
Addressing a seminar regarding China-Pakistan Economic Corridor (CPEC) in Gilgit, he said that whether it was Indian Prime Minister Narender Modi, RAW or anyone else, they have understood the enemy’s ploys.
He said that they will go beyond the limit for national security.
He ensured the nation that the borders of the country were secured, adding that they will continue to fight the war against terror this way as it was Pakistan’s fight for survival.
General Raheel Sharif said that significant progress has been made in operation Zarb-e-Azab, adding that the security for CPEC would be ensured at all cost. “The way we tackled the menace of terrorism, no one has been able to replicate that”, he added.
“I want the youth to know that Pakistan Army was their army.”